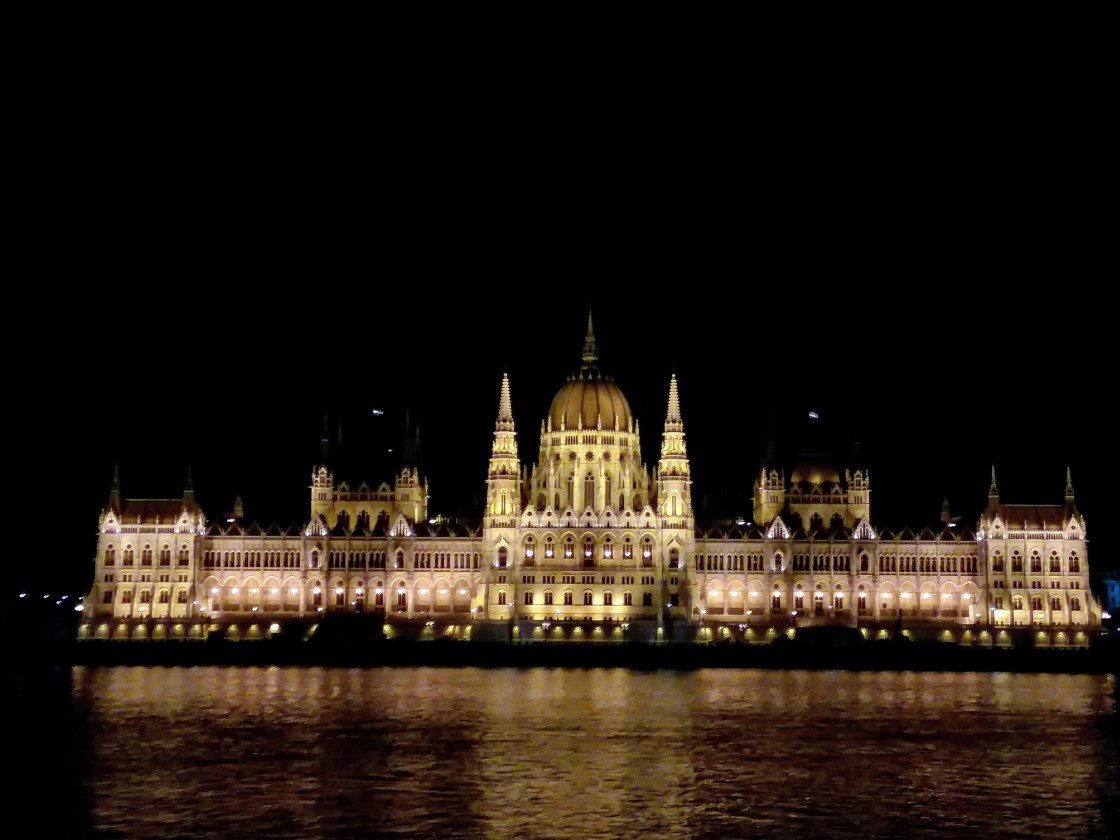 Yes, during this Eurotrip, we stopped at 3 countries. The first one was Iceland, which was an experience on its own. For the next two countries, my friend and I both each picked a city. I chose the lesser known, Budapest, Hungary.

Patting myself on the back. I chose well.

We had 4 days in Budapest, and while reading blogs, most suggested at least 3 days. I figured this was a small city so I would be able to knock out all the attractions as quickly as two days. I was completely wrong. We did so much and I feel like we didn’t make a dent in the city.

Technically we only had the evening, but I never adjusted to the time difference so I was out until 2 AM every night. We flew in from Iceland and found our AirBnB, which was a little bit of a goose chase. Once we claimed sleeping arrangements, we walked. There was a lot of walking in Europe.

Then we continued walking along the river and crossed some famous bridges. It took a while to get to the next bridge and by then we were only interested in the bus taking us home. However, we were a little confused on how the scheduling worked so we just continued walking. We ended walking through Vaci street, which is Budapest’s famous shopping street. Everyone closed up shop by the time we were there, but it was nice to have the streets to ourselves. I was pretty much pooped when we arrived home, didn’t bother to shower and knocked out quickly.