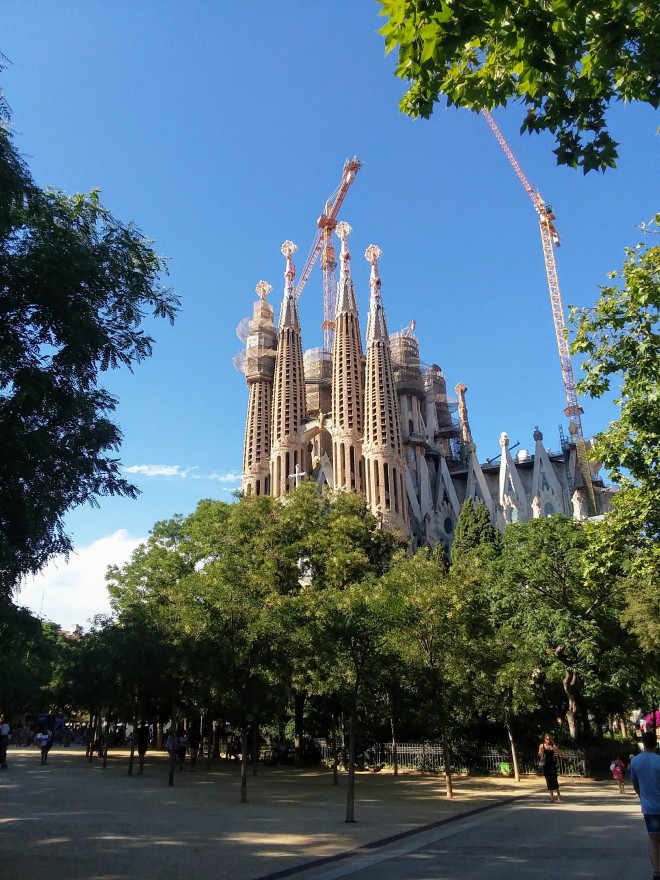 So for the next two days, we can pretty much call this a Gaudi trip. Sure there were a couple of other sites here and there, but I went to so many Gaudi places. I had no idea he was the city’s pride and joy.

First, we stopped for breakfast at noon. Like I said, I never adjusted to the time zone and we would wake up around 10 AM or 11 AM Barcelona time. I got mejillones again and sangria blanca. It was great.

Then, we walked around the La Iglesia Santa María del Mar. The place was big. The tour guide said that it isn’t actually that big, but the style the architect used made it looked that way. I loved its simplicity. Then, we cloned up the tower stairs that were so narrow; I got so dizzy. Don’t even ask me about the way down. I was clinging on the sides for dear life because I didn’t trust my footing.

Nearby, we went to rich family’s house that was created by Gaudi. I think it was called Palau Güell. Anyways, it was definitely luxurious and had those rich people vibes. There were a lot of wooden carvings, iron gates, marble-the whole nine yard. I would say though this house needed more color and lighting, but who cares, it isn’t my house (unfortunately 😣). 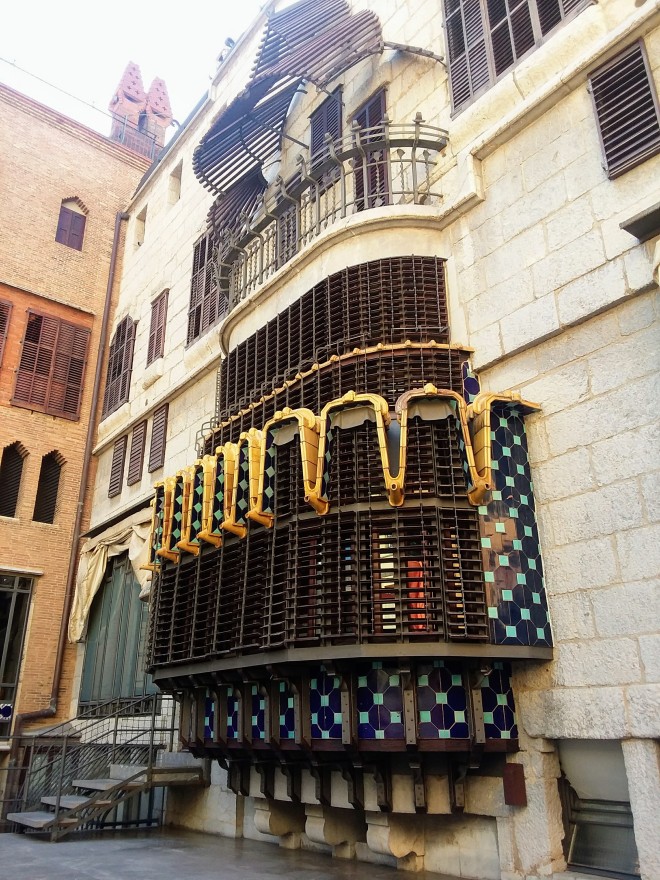 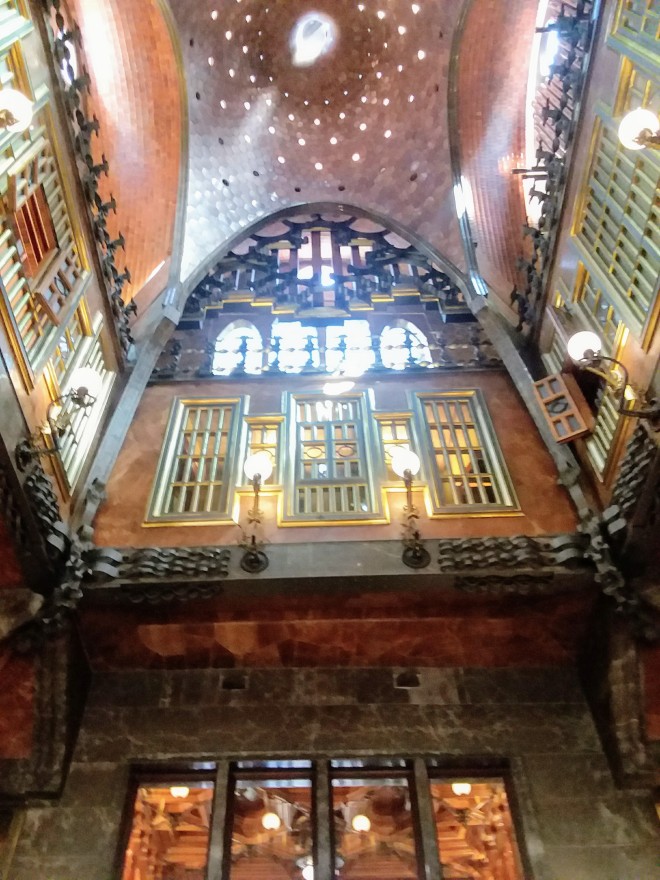 After the self-guided tour, we walked quite a bit to get to another place of worship, La Catedral Dr Barcelona. This one was detailed and I liked looking at all the statues, arches, carvings. We took another guided tour. I think those people are just so amazing and full of knowledge. Tip my hat off of to them.

Last on the architecture visits was La Sagrada Familia, the famous Gaudi church. That church was so beautiful. I loved the outside detail the best. Indoors was all white with some colored lighting. I am not going to lie here; I did not like the inside that much. It reminded me of one of those cult worship place; I clearly watch too much TV, but I didn’t like the white style. My friend, on the other hand, thought it was better than the Vatican. To each their own. 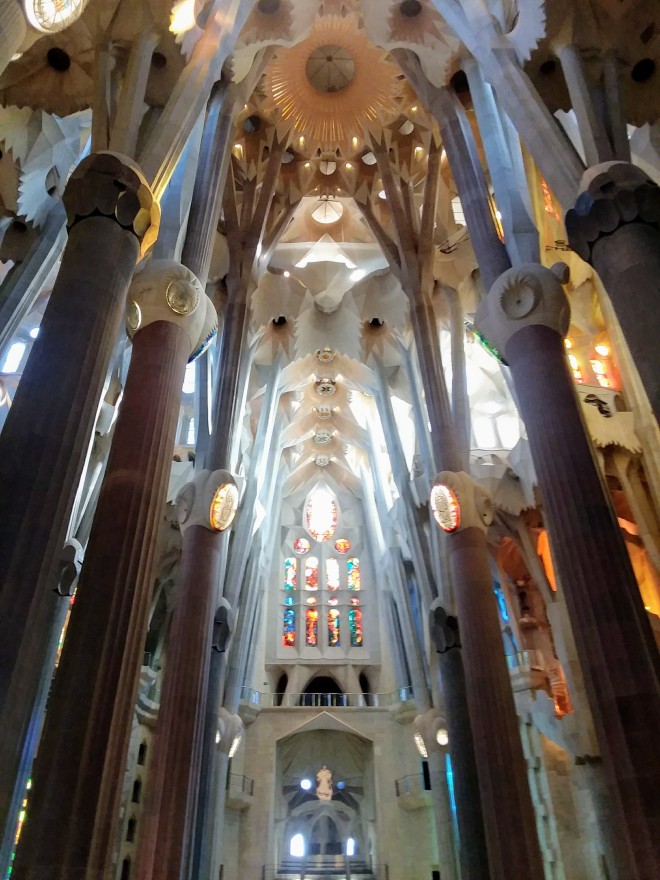 To wind down, we went to La Orvella Negra (The Black Sheep) to watch the Colombia versus England Game. The bar was definitely pro-Colombia. I seriously only saw two England supporter. Below is a video of every one when Colombia got the final goal for overtime. Unfortunately, they didn’t win and sort of ruined my World Cup bracket, I had the best time here.