Being that Singapore was the first country I was completely alone, I created an itinerary for peace of mind as well as to share with my family. In my opinion, it’s safer that way. Also, it’s a lot more efficient.

3 days in Singapore is enough to get a feel for the country. However, you can easily stay longer and there will always be something to do. The city-state reminds me of a smaller Chicago. You can wander on foot and someone will be hosting an event.

In this post, I’m going to share with you my plans, which I followed somewhat closely. In between my plans, there were a lot of resting at coffee shops, running into community events and perusing shops. Those are the joys of traveling. You never know where you will stumble.

Straight from the airport, I went to Jewel lounge to see the Vortex waterfall. Click here to read on how to get there.

Then, I took the MRT, the train line, to Little India. After some time of searching for the Airbnb, I dropped off my bag and walked north to explore the area. There are many beautiful details in Little India, such as the gods and goddesses. 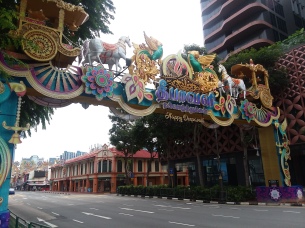 But first, I saw a Hawker Centre and it was my first one ever. Tenneh Hawker Centre is mainly Indian food stalls and fruit/vegetable markets. I wasn’t in the mood for Indian food, so I circled the center before continuing my walk north.

I saw a decorated mall, City Square Mall. I came to Singapore with a goal of finding a Naruto statue for Mr. Lumberjack. I stopped inside the mall for some Starbucks and wifi, and then went to the different floors for a toy store. None with Naruto statues. Also, to my surprise, I saw a Din Tai Fung, so I had to go and try. 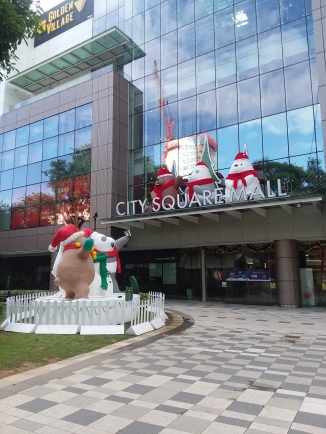 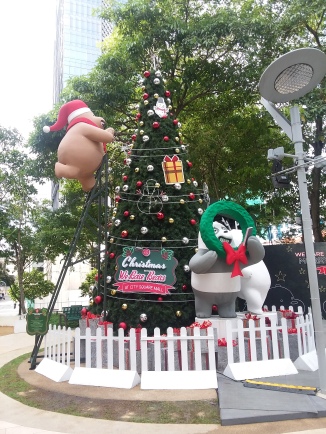 When I had the energy, I walked east to Kampong Glam, which is Singapore’s Muslim neighborhood. It was very nice and bustling, but I was tired from the heat and running out of battery life. I took the MRT back to the Airbnb. I quickly realized my converter didn’t fit into the socket, so back to City Square Mall to purchase one. 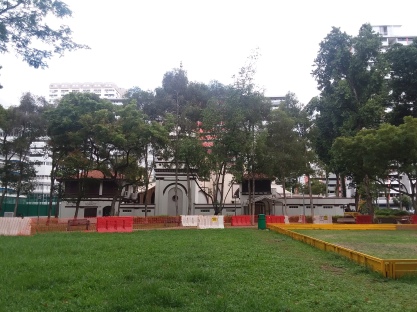 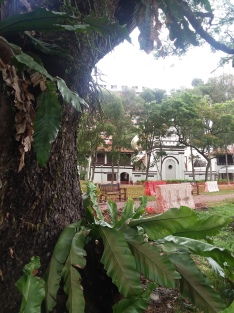 I had the best shower and sleep that night, even though I woke up at 12 AM Singapore time.

I had a later start than usual on my second day. I headed south to get some dry noodles and fish soup at my first Hawker stall at Albert’s Hawker Centre. It was so good. Click here to read about Hawker etiquette.

I walked a little east to find Cat Cafe, because I’ve always wanted to go to one. I think they are big in Asia. Where are all the dog cafes? I spent a couple of hours there, and although cats are unpredictable, I loved being around them. I left really relaxed.

Continuing south, I meandered my way to Fort Canning Park. I unexpectedly was invited to a Media Festival, so I figured, “Why not?” I stopped by the booths and sat through a short film. It was worth it. I had the best time venturing at my leisure. 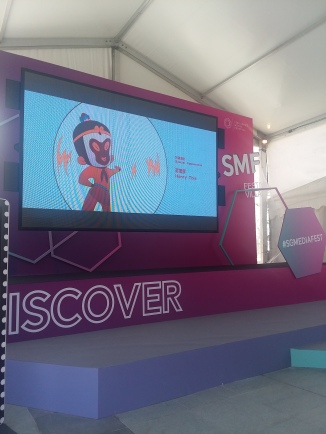 Around the corner was Fort Canning Park. I was very exhausted from the sun, so there was a lot of lounging in the shade as I circled the park. To my surprise, I stumbled onto another event. It was an event about conservation, plants and jewelry. I’m very impressed at these put-together events. 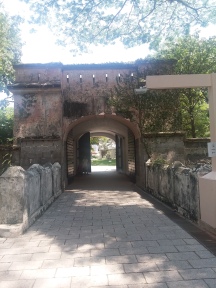 Fast forward to Clarke Quay, which was a lively area for families and couples. I walked along the river, over the bridge and more along the river. I snagged some Swiss ice cream, because once again, the heat got to me and I sat near the river for a nice breeze. 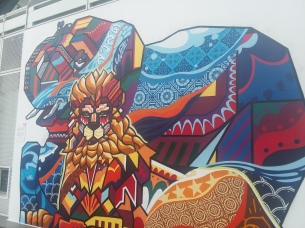 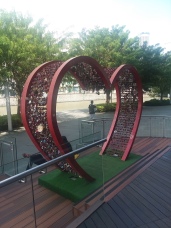 More walking (I did over 8.5 miles that day)… I made it to the Parliament of Singapore and then walked around Esplanade Park. Singapore has these round, reflective balls and they reminded me a little of Chicago’s Cloud Gates. The thing to do is to take a picture of your reflection. I joined the others doing it too.

The rest of the evening was the typical tourist night. I stopped by the Fullerton front to see Singapore’s mascot, the Merlion, grabbed dinner and then crossed the Helix Bridge to go to Gardens by the Bay. Click here to read about my experience at a botanist’s dream come true. 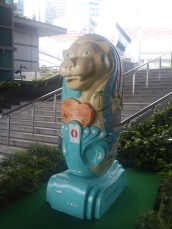 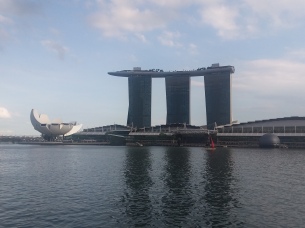 I took it easy on the third day. I went to Hong Lim’s Hawker Centre, because when I stopped by on Day 2, the stall was closed. I really need to Google more in advance. I was so set on trying this stall, I walked back to it in the morning of Day 3.

After I got what I came for, I headed to to Sentosa Island. I spent the morning on the beach, catching some rays. I was the only one in a bikini, which made me wonder if I was being considered as culturally risque. I also didn’t leave my things unattended, so I laid on the sand the entire time. 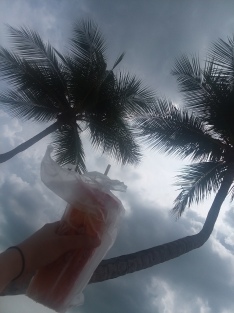 By the way, Sentosa Island isn’t all beach. There are some fun adventurous activities there, which is so surprising. I felt like I was going to a resort, because the island is all about fun. That’s its motto.

Then, still on that quest for the Naruto statue, I went to Vivo City and walked to multiple toy stores to ask about the statue. Naruto must be popular there, because all of the big statues were sold out. I could only find tiny, caricatures, which isn’t what I wanted.

I headed to Chinatown to attend a free walking tour, but unfortunately, I got caught in a nasty downpour. Without an umbrella, I would have been miserable in the rain. I sat inside a mall (I can’t remember the name) and explored the downstairs’s entertainment center. Afterwards, I ate at a yummy, authentic Chinese restaurant and headed back to the Airbnb. 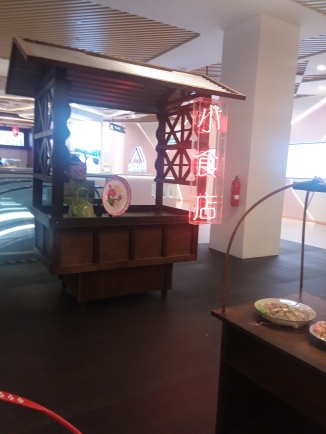 Overall, I enjoyed this trip so much that I plan on traveling solo again. I tend to follow my itinerary to the tee, usually to include everyone’s wishes. However, that in itself can be stressful. Along this trip, I found so many wonderful, unexpected moments and felt very happy in my own solitude.

Use this itinerary as your guide but no need to follow it too closely.